How will Atlantic City New Mayor impact the gaming industry? As you know Democrat Frank Gilliam Jr won last weeks election. One thing is certain Gilliam is taking over with a nicer head start then Don Guardian had. We think the this is mainly due to the booming online gaming industry. Many believe that the garden state will receive over $250 million in tax income by the end of 2018. So truly with so much money to spare, it’s more a case of opportunity rather then insecurities. Frank Gilliam has not confirmed his agenda. But we’re certain we’ll see more development that will support the industry. But also development that will encourage growth of the city and its working members. 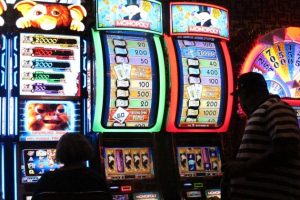 From its campaign, it seems that Gilliam priorities are.

When you think of it, it all makes sense!

Developing the non gaming industry could further rejuvenate the city. Frequently, smaller business focus themselves on services. Which means new tourist attraction could see the day. We also think that cleaning up Pacific Avenue and the strip could give room to new family owned restaurant. When it comes to affordable housing, its also a great news! As you probably know, several resorts will reopen in 2018. It’s the case of the Taj Mahal and if the rumors are true the Revel hotel. So, it’s important to creates an infrastructure that supports all types of earners. So we’re delighted that Gilliam promises to make Atlantic city an even better place to live and visit.