In May 2018 IGT is bringing an offline classic right to your doorstep. Indeed, The Voice recently went live in many online casinos NJ, and you’ll love it if you’re a fan of the show. Indeed, in this game, you’ll play the role of a judge, and you’ll hit the red button to work your way up a big prize pool of $250,000. And all that, without having to sing a single note! All and all, the gameplay of The Voice is really straightforward even though it is unique. In fact, The Voice works a bit like Slingo, and you’ll buy tickets to spin a pre-defined number of rounds. It’s as simple as that! And, it’ll only take you a couple of seconds to place your bet. Who knows maybe you’ll even win enough to realize all your dreams. If not, you’ll for sure have a blast trying! 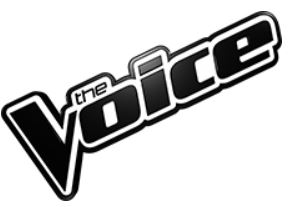 How does The Voice video slot work?

The Voice from IGT doesn’t really have a bonus feature. In fact, players will have the chance to get their hands on a massive instant win instead. The game works like this. When you first launch The Voice, you’ll need to decide the level you wanna play at. In short, you can buy 7 rounds starting from $1 up to $10. After buying your tickets, you’ll have 7 chances to hit a series of notes and to win various cash prizes indicated above each chair.

When you’re ready, hit the red button to reveal a musical note or a double musical note. In essence, each musical note will bring you one step closer to a win. While a double note will, of course, bring you two steps closer to a big win. Moreover, know that at any time during the game a random logo can appear to win you an instant cash prize. If that sounds a bit complicated, don’t worry too much. All will be clear when you launch the game for the first time.

Why should you play The Voice video slot?

To sum up, it’s not the first time we see a ticket-type-game from a slot provider. In fact, think of colour cubes we’ve recently had the chance to review. It follows the same principle. Given a choice, if you’re a fan of the show, you’d be better off playing this game instead of colour cubes (or Color cubes at Golden Nugget). Indeed, The Voice will plunge you right in the action. You’ll recognize many sound effects taken directly from the show, and the max win of $250,000 will only add to the excitement! Think you got what it takes to win the voice, then try your luck at any NJ online casinos listed on this page! Have fun!