Not to mention that this game comes with all the bells and whistles you’d expect in a Monopoly slot and a whole lot more!

How to trigger the bonus features of Monopoly Mega Movers video slot?

First of all, let’s get you on the right track and give you a bit more info about the different features you can trigger and what they’ll give you.

In short, you’ll activate directional Wilds in both the base game and in the Free Spins bonus game. In essence, the Directional Wilds will give you extra Wilds (up, down, left, or right) at random when a Wild appear on the reels. This feature, of course, always increase your chances of winning big.

The Wheel Feature is the dominant bonus game in Monopoly Mega Movers. To sum up, you can activate the Wheel feature either with a standard bet or via the Extra Bet feature. In essence, this feature will give you access to Free Spin, 5 Jackpots, extra Wilds and a whole lot more. Since this feature is pretty complex, we’d like to invite you to have a read at the paytable of the game to get a detail explanation. If you don’t fancy reading the many pages, don’t worry about it! You’ll quickly understand how the 3 wheels work after triggering them once. 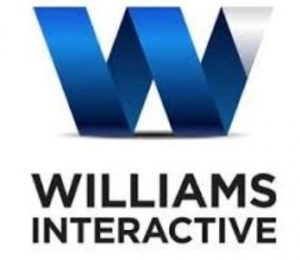 Why should you play Monopoly Mega Movers video slot?

To conclude, we think Monopoly Mega Movers will appeal to the more experienced players since their big bets will give them access to the grand jackpot. However, if you’re a fan of the board game and you’re on a smaller budget, you’ll have the chance to win the 2 smaller jackpots with more modest bets.

Last but not least, currently online casinos NJ offer around 6 different games with a Monopoly theme. And Monopoly Mega Movers has, in our opinion, the best graphics of them all. Not to mention that it’s the latest game of the series and its gameplay is sensational. Even if it’s more complex than the one in Monopoly Money in Hand per example. So, if you have a bit of time to spare to learn the game, you’ll enjoy it!

Head over to any casinos listed on this page to start building your empire! Have fun!