The Greek Mythology has inspired many video slots. In fact, it seems that every game provider released a Greek slot at one point or another. But this time NYX Gaming innovated with their release of Battle For Olympus video slot. Indeed, this game has an entirely new approach since it has a battle feature which is overall, quite uncommon in video slot nowadays.

There’s trouble brewing in Mount Olympus! And Hades is looking to get a grasps over Zeus’ realm! Now it up to you to save the gods or let them perish! Ready for battle?

How to trigger the bonus features of Battle For Olympus video slot?

More on the battle feature.

Now when it comes to the battle feature it’s pretty simple to understand, don’t worry! After landing the required symbols, you’ll need to choose a side by either clicking on Hades or Zeus. After selecting the character you’ll play with, you’ll see them floating in the air.

Overall, you’ll have five trials at attacking your opponent. And the winner of the battle is the one who stays alive until the end of the bonus feature.

Additionally, you’ll probably love to know that this game also has a Wild Multiplier symbol, which is represented by Cerberus. Indeed, every time the three-headed creature creates a winning combo, your winnings are tripled! 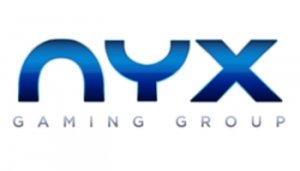 Why should you play Battle For Olympus video slot?

All and all, Battle For Olympus is a fantastic game to play if you’re looking for something different! Indeed, this game does not offer Free rounds nor does it have Re-spins. But still, this video slot has an excellent max win of $296,000! Not to mention that the wild multiplier can definitely help you get your hands on bigger wins. Especially since the paytable of this game is on the higher-end of the scale.

NYX Gaming slots are widely available in online casinos NJ. But to save you some time we’ve listed the casinos that offer them and also the ones that offer great bonuses just above. Join the battle now and have fun!