When it comes to casinos, International Game Technology (IGT) is one of the biggest in the industry. Indeed, Si William Redd (an American businessman) started the company in 1975. Granted that throughout the years the company has had different names and even different owners. But, you know, mergers, takeovers, and acquisition are a big part of the gaming business. But, regardless of the stakeholders. Their games have always topped the charts, for being some of the player’s favorite online and offline.

In fact, their games have a “je ne sais quoi” that keeps making you want more. Perhaps it’s because of the company’s talent for creating classic slots that makes them stand out from the mass. Or perhaps it’s their ability to still innovate after more than 40 years in business. Let’s look at this company into closer details to understand why they’re so great.

One of the main reasons why IGT is so prevalent amongst players is because they offer a multichannel experience to casino players. Indeed, with the arrival of the Internet, the company was quick to convert top performing land-based games for online casinos. It’s worth knowing that back in the days they were one of the only game providers that did that. Of course, today more providers have caught up. But the fact that they were one of the first to offer offline slots to online casino gave them a significant edge. And that alone most definitely help, making IGT what it is today. Which is a massive company that employs 1,200 people worldwide! And they’re also publicly listed and worth millions!

Games that combines classics and innovations!

Their core business is without a doubt, land-based games. But, they also have an agreement with a studio called H5G. The contract started a couple of years ago. Basically, H5G’s core mission is to work in close partnership with the developer to convert all its land-based titles for PCs and Smartphone. Which is an excellent thing since H5G truly have an act to bring life to classics! Which means that by appointing a dedicated online game studio, the company can now truly focus on what it does best, which is land-based slots.

Anyhow, all that to say, if you’re looking to play their games, you should either look for them under the IGT brand or H5G brand. It’s more or less the same company as far as you’re concerned as a player.

Where can you play their games in New Jersey?

When it comes to playing their games offline, nothing could be easier. All you need to do is to walk in any casinos downtown, and you’ll find them. But, if you wanted to have a spin on your favorite game online, it’s worth knowing that Betfair Casino, Caesars casino, Golden Nugget Casino, Borgata Casino, Pala Casino, and Resorts Online Casino offer them.

Additionally, it’s worth knowing that you’ll find the same game mechanics in offline and online titles. Which means that even if the technology is different, every game you’ve learned to love in offline casinos has the same RTP and features online. Yep! IGT knows how to cater for its players. And that’s why so many players love them and also why some many online casinos want to distribute their slots and table games. 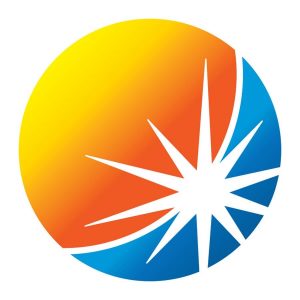 What else are they working on?

In 2017 the company has undergone a significant re-structure that saw fresh blood in upper management. The great thing is that now, in early 2018, we’re starting to notice the improvement the new team is making. Indeed, if you’ve been following the headlines, you already know that they’re recently released VR tournaments for brick and mortar casinos. Currently, the new VR cabinets are available only in Las Vegas, but we’re hoping they’ll soon arrive in Atlantic City.

Moreover, if you’ve been following the headlines, you already know that IGT recently released a digital version for Blackjack and even roulette games. The digital version of these classic games is currently available on the casino floor at the Resorts Casino.

Additionally, it’s worth knowing that without a doubt, one of their best online adaptation is the Cleopatra video slot. Try it today at one of the NJ casinos listed on this page.