Folks who follow the online gambling news scene would tell you that there’s a massive race happening right now in America. And here we’re not talking about the Golden Nugget’s yearly race to million that’s going stronger than ever. If you follow the headlines, you know that various suppliers are inking distribution deals nowadays. Plus, they’re forming partnerships as we’ve never seen before. It’s the case for Playtech, who joined the NJ iGaming market a bit later than its rival Scientific Games.

Nonetheless, even if Playtech was late to the game. The company shows that it can create landmark agreements that will reshape the industry’s landscape. Indeed, in March, they announce their sports wagering would go live on Novomatic’s ActionBook. So, with 1 signature, they agreed to supply 49 shops in 11 states with their premium tech. Yet, this deal will primarily impact MI, IN, NJ, and PA for now. 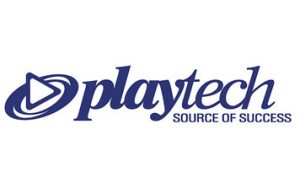 Playtech to become a leader in offline sportsbooks?

Playtech’s platform is one of the most popular slots, video poker, and classic casino games. It’s no wonder Bet365 picked it to expand its footprint in NJ. But it’s worth knowing that while Playtech’s name is robust for online casino action. It’ll enjoy Novomatic’s technology to enhance its positioning on the offline scene.

Jonathan Doubilet, Playtech’s MD, acknowledged this when announcing the news. According to him, this deal will enable them to deliver a premium experience to patrons. Plus, he hinted that it’s their “ability to partner with leading companies” that’ll help them to continue growing.

Novomatic’s CEO Rick Meitzler echoed the same satisfaction about the agreement. For him, this is an opportunity to “cement ActionBook’s status” in America.

Yet, this deal’s impact goes beyond NJ’s border. Indeed, the pair will operate more than 10,000 betting kiosks globally. So, they’re in a great position to win the race.