Only days before Christmas, we learn that Rush Street Interactive (RSI) made a deal with NetEnt subsidiary studio. This means that they’ll be the first US Operator to offer Red Tiger Gaming studio titles. Now, their games will be available to play on their PlaySugarHouse and BetRivers sites. The first games they’ll launch together will include Cash Volt and Gonzo’s Quest Megaways. However, they’ll soon follow this up with some of Red Tiger’s most popular casino titles.

Richard Schwartz, President of Rush Street Interactive, said that he is excited to partner with NetEnt. What’s more, he’s very happy “to be the first online operator in New Jersey and Pennsylvania” to offer “top quality Red Tiger casino games” to their patron. Indeed, he said it was “thrilling to be the first to debut Red Tiger slots in the US”.

There is no doubt that these games will quickly become popular with RSI’s US players. In fact, when NetEnt bought out Red Tiger, it joined together 2 unique companies in iGaming studios. And at the same time, NetEnt embarked on a new venture as a content aggregator. So, the obvious next move was to partner with RSI and make their debut in emerging markets.

NetEnt’s VP Commercial Americas, Brian Kraft, said that he is proud to have reached this “milestone of entering the US with Red Tiger content”. He went on to describe RSI as a “market leader in online casino gaming”. Also, he believes that this new partnership will speed up their success. Moreover, it will strengthen NetEnt’s position “to be a top provider in other markets” across the states. 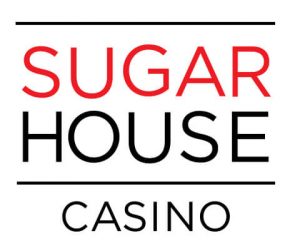 PlaySugarHouse Casino a trendsetter in American

RSI has been around since 2012 and is a leading player in sports betting and online casino in New Jersey. It launched the gamified casino PlaySugarHouse in 2016. What’s more, in 2020, the Global Gaming Awards named them Digital Operator of the year. So, this makes them the perfect US partner.

At the moment Red Tiger’s titles aren’t available to patron. But surely, it’s only a matter of time until players get the chance to tame the beast. Red Tiger’s slots are incredibly popular in Europe and across the world. And soon players in New Jersey will see why.