With the 40th season of Survivor in full swing, the award-winning CBS show now reaches new heights but new audiences too. In fact, thanks to Big Time Gaming’s trademark Megaways Mechanics. Players all over the Garden State will soon get the chance to play Survivor Megaways. This means that every day could deliver the excitement of tribal council and big prizes too.

Indeed, only days ago, Big Time Gaming announced that Survivor Megaways would land in the lobby of online casinos across the globe on April 15th. But as of today, we’re unsure when this game will go live in New Jersey.

None the less, let’s have a look at what we know about the upcoming slot. And see how it could shake up the online gambling industry as no other games did in the past. 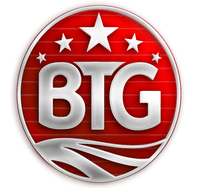 Survivor Megaways video slot, a quick look at the features and the gameplay

To sum up, Survivor Megaways is slightly different from other dynamic betways games we’ve seen in the past, even if it’s an avalanche game.

To start with the maximum number of paylines players can get is slightly lower than other Megaways title at up to 100,842. Then there’s the free spins feature which awards 20 free rounds. so more than our typical Megaways game. And it too comes with increasing multipliers. There are 2 increasing multipliers, one for the female player at the top of the grid. And one for the male player at the bottom of the play area. Plus, there’s an extra reel that adds symbols to the second, third, fourth, fifth and sixth reel and essentially divides the 2 play area. Which is pretty unique as you may agree with us. And the max win is also unique as it offers a 44,000x stake to the lucky ones.

Now although Survivor Megaways look good. It’s evident that the provider missed an opportunity to localize the slot for the US market.

While Survivor Megaways video slot is a good representation of the Island’s life. Iconic players like Sandra, Boston Rob, NJ’s native Natalie and Tony aren’t in this game. And nor is Jeff Probes by the way. But perhaps this has a lot to do with the fact that Big Time Gaming distributes slots around the world.

So, for this reason, they kept the imagery generic to appeal to all markets. None the less, if Big Time Gaming gets its timing right. The slot could go live in the Garden State more or less at the same time as the Winners at War season ends. And that would be epic.