Furthermore, only 3 licensed operators took bets in June. Which, was a short month for sports betting in NJ because the new law didn’t go into effect until the 11th. So the numbers for July don’t meet the expectations that many people hoped for. But August will reflect a change experts say! 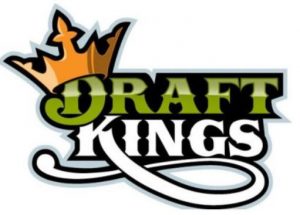 Let’s be honest, July is a hot month in New Jersey! It’s summer vacation, folks are traveling and doing other midsummer things. Also, sports are not generally a hot topic in July. Unless its beach sports, which no one can bet on yet!

So, it looks like we’ll have to wait until September and October once the seasonality stops affecting the revenue. And experts say that the NFL opening day kick-off on September 6th will undoubtedly have a positive impact on the figures. Because we all know that football is the most bet on sport in the States.

What’s more is that by then, more online casinos will offer a sports betting app! So, it’ll be a lot more convenient to bet on the Defending champions, Philadelphia Eagles vs. Atlanta Falcons on September 6th.

It’s also worth mentioning that, Bally’s, Resorts & Harrah’s were not accepting bets in July.

August and September could be the game changer

With more places taking bets in August and September, including DraftKings app. We certainly expect a slight increase for August, but prepare yourselves for September then we’ll see the full impact of the legalization of Sports betting in New Jersey!