New Jersey tourism expected to reach another peak by 2023

New Jersey’s Governor Phil Murphy is banking on tourism to fill up the State’s chest. In fact, Murphy hopes to increase the travel industry’s revenue by more than a quarter by 2023. And naturally, Atlantic City is the key to Murphy’s vision. Last year close to 111 Million folks visited New Jersey. And out of the 111 Million, 43% headed up straight for Atlantic City.

At the moment, the Garden State is raking in almost 22 Billion annually from overnight visits. So tourism is a huge part of the economic landscape and will remain for many years to come. 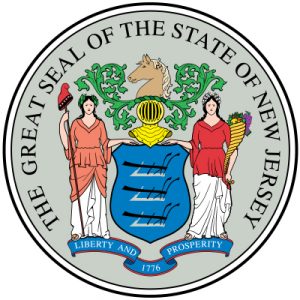 With new casinos and venues opening all the time. It’s no surprise to hear that America’s favourite playground is attracting new masses. And surely Hard Rock and Ocean Resort Casino‘s commitment to delivering world-class entertainment contributes to this. Indeed, the two new casinos play a huge part in Atlantic City’s rejuvenation.

If you remember, from 2014 to 2016 many big casinos in NJ and AC closed down. And back than boom-town felt more like a ghost town. But now the city is thriving again, and some even say that the past economic crash was a good thing since it enabled new investors to bring new vibes to the city.

And, apparently, we’re only starting to feel the impact of the new investment too. According to Atlantic city tourism board, the overall occupancy room rate is still down slightly when compared with previous figures. And yet, profits are up.

As stated before, Murphy’s goal is to see a growth of 25% by 2023. On first glance, it might be a bit far-fetched. And yet, it’s a lot more straightforward than it seem. But it has happened before. Just last year New Jersey saw an overall increase of 24% and today it shows no signs of slowing down either. But there’s still room for improvement.

Jeff Vasser, executive director for the New Jersey Division of Travel and Tourism, says one area Atlantic City can improve on is the convention business. “There are very few destinations in the state that focuses on the meetings and conventions market,” he said.

And once again, the gambling community could help to drive business masses as we see in Europe and Vegas with annual tech conventions.