Lawmakers in New Jersey want to make changes to the current state constitution. As such, punters would be able to place bets on all college games. This would take away one of the most significant barriers in the New Jersey sports betting market as it’s currently smashing all US sports betting records.

To sum up, they’ve amended the bill calling for a 2021 public referendum. This change could significantly increase college sports betting in New Jersey. As it stands, New Jersey laws prohibit betting on any college games in the state. Moreover, it also forbids betting on any New Jersey teams playing in other states. 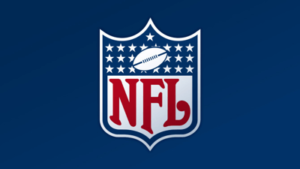 Recently, the Senate Budget Committee has approved the change to the bill. However, this is just one of the many steps they need to take before putting it on the 2021’s general election ballot.

New Jersey Democrat, Sem. Paul Sarlo, who represents the Metlife Stadium in East Rutherford and the surrounding areas, home to NFL’s Giants and Jets, said that lawmakers have chosen to progress “with a more sweeping college sports betting bill.”

All and all, when they first introduced the bill in October, it allowed betting on college games, but only playoff and championship games. However, the change means patrons could also bet on regular-season games.

Sarlo went on to say that as the NCAA and Attorney General’s office have given them their blessing, then “why not just go for the whole thing?”

In brief, they’re aiming the bill at sporting events such as the NCAA basketball tournament. As you know, they last held this in New Jersey’s Newark Prudential Centre back in 2011. It will next host one of the tournament’s regional competitions in 2025. Also, officials hope that they will choose to host college football bowl games at the MetLife Stadium.

With some of the top teams playing there, there will be lots of betting activity. So, as New Jersey has one of the fastest-growing sports betting markets, this change would mean big business.