Sadly, the saga and drama continue over the Department of Justice (DOJ) reversed opinion regarding the 1961 Federal Wire Act. However, the fight rages on as New Jersey’s Attorney General (AG) Gurbir Grewal steps up pressure over possible links with casino boss Sheldon Adelson that eventually led to a modified opinion of the law. The billionaire investor is a known advocate in favour of the new ruling and often sends several lobbyists to Washington. Considering the facts, the AG has gone forward with official legal proceedings. 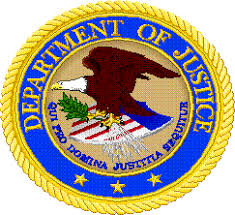 On May 7th, Grewal filed a suit claiming the DOJ illegally refused NJ’s request for details regarding Adelson’s role in the department’s decision to reverse its opinion. Under the Freedom of Information Act, the DOJ must release the files needed to determine the facts.

Unfortunately, that went nowhere so here we are entering a new round of ground and pound. Being that we’ve been here before and won, there’s no doubt that they can’t do it again. In fact, Adelson’s refusal to accept what year it is by opposing online gambling is proof he’s out of shape. Or should we say out of touch with the general public?

By law, the DOJ must release the documents that NJ is requesting, now demanding. After all, no one is above the law. But the big question is, what are they hiding or covering up? If the answer were nothing, then we wouldn’t be here talking about it right now because we would already have the files in hand.

Eventually, the judicial system will rule in favour of the law, and the truth will all come out. Until then, we must report the facts and keep them honest in the process. So stay tuned as it seems the wire act controversy isn’t over.