Sad news for pageant fans in Atlantic City. Indeed, the Miss America pageant and its organisation (MOA) revealed they’re leaving the Garden State. And that the deal with Ocean Casino Resort or Hard Rock casino that everyone banked on to keep the competition in town, didn’t happen.

But it’s not the first time Miss America changes home. Indeed, from its start in 1921, New Jersey’s seaside resorts became a synonym for the event. Feelings were mixed when they rooted up and took the show to Las Vegas in 2006. But the Vegas glam was short-lived for the show. As you’ll remember, New Jersey brought the competition back home in 2013. However, now we’ve learned that they once again will leave the shores. But this time it’ll stay on the East Coast.

The new host of the upcoming event is Mohegan Sun in Uncasville, Connecticut. 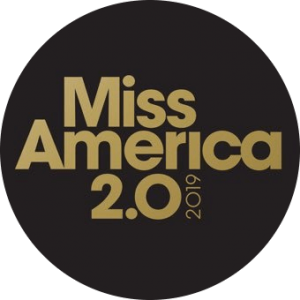 The multi-purpose arena situated inside the casino resort seats 10,000 people. Plus, it has 30,000 square feet of configurable exhibition space. And so, it will cater well to the ever-growing show. Although this is not the only change the pageant will see, they also change the month to December from its normal September airdate.

But what’s more, NBC is taking over the broadcasting rights from ABC.

“We’re thrilled to be hosting an impactful event like the Miss America Competition in December, and we look forward to working with both MAO and NBC on what will be a tremendous evening.” Said Ray Pineault, president, and general manager of Mohegan Sun. Now the question is, will Connecticut live up to its state motto “He Who Transplanted Continues to Sustain”?

Change from Miss to Miss’d

As New Jersey says goodbye to Miss America, it welcomes the addition of Miss’d America 2.0 instead. Indeed, recently Hard Rock in AC announced that they would be the new home for the drag version. And to be frank, it all makes sense. The show is gaining in popularity with everyone. So it’s former Borgata home wasn’t big enough to accommodate the crowds it attracts.