Mayor Marty Small Sr and the City Council under scrutiny

In recent news, we learned that some local people in business and casino titans in Atlantic City opposes the current situation Mayor Marty Small and his City Council operates. Calling for a restructure with an introduction of a city manager leading a smaller team of councilmen and women. Taking on the challenge is the committee, Atlantic City Residents for Good Government (ACRGG). However, it’s not as simple as flipping a switch. In fact, just to get to that stage of an open public discussion, there are extensive hoops and red tape to cut through. 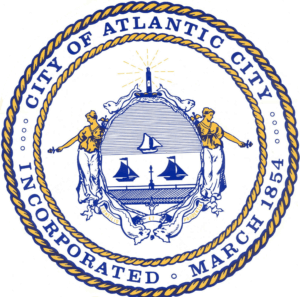 Signed sealed, but not delivered

Indeed, before a proposal can get voiced in the City council, there first need to be a public interest, which goes for most type of council and political changes. And at this time and issue, the ACRGG managed to collect over 3,000 signatures from the general public and local businesses. Though, at some stage between signing the petition and actually put the motion into action, something went wrong. That clearly indicates the actual number of votes cast when counting the ballots. What exactly didn’t pan out for ACRGG’s this time is unclear. And one can only speculate, but where were the voices supporting the change when it all turned serious?

Due to obvious reasons, the actual voting took place via electronic means. Yet, the turnout from the 3,000 plus signatures from the petitions was shining with its absence. And only 985 votes were cast against the current structure and sitting Mayor, Marty Small. Compare that with the 3,275 votes and people that deemed the status quo to be adequate. And would see no change to the current organization and its function. The positive result for the current Mayor did not pass him through when he turned to social media. Posting such things as. “This is our City.” But he also expressed his relief commenting the numbers against versus for. Yet, the question remains, was this the right time for ACRGG to bring up such discussion?