Despite the hardship, the entertainment business in Atlantic City has endured the last year, Hard Rock Hotel & Casino focuses on its employees. In fact, the latest move echoes exceptionally well with their core values, love all, serve all, take time to be kind, save the planet, and all is one. Where the hotel and casino property recently announced that they would pay out a bonus to its hard-working staff. All in all, the recipients are looking at sharing over $1 Million amongst each other. Although it’s worth pointing out, there are more locations that will get their piece of the pie as well. However, it doesn’t make the situation any less heartwarming, quite the opposite we like to think. After all, it’s not only the Atlantic City workforce that struggles these days. On that jaw-dropping announcement, let’s see and hear what Hard Rock said about the news. 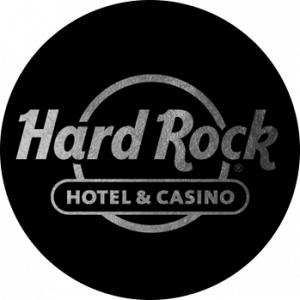 Indeed, it said that Hard Rock will distribute over $1 Million to more than 2,000 staff members. As for the Atlantic City portion, the workforce is looking at this distribution. Where 1,822 hourly workers get $250 apiece. In comparison, 197 staff in a supervisory role get $500. And finally, $1,000 each will go to the 165 segmented managers. Yet, the bonus payout is nothing new for the industry giant. Though, prior payouts have always got tied down to specific business goals. As of January 2019, the company reached its 10% pre-set growth goal in Atlantic City and distributed over $2 Million amongst 2,900 workers. Still, giving a bonus when needed is not only generous but trust-building as well. Meaning, Hard Rock is not only about words and shows that action speaks volumes.

Hard Rock International Chairman Jim Allen had plenty to add to this exciting news. For instance, Mr. Allen said that. “Our belief that this will continue to enhance our respect and appreciation that we’ve provided to them and that they have given back to us”. But this will also show the rest of the industry what the right thing to do is. Also, Mr. Allen commented on the fact that during the months the casino managed to stay open the revenue where acceptable. The fourth quarter in 2020 indicated a growth of 12.5%, or $83.3 Million, all things combined, table games and video slots. In the end, no one can really complain as the situation is what it is.