Last week, May 5th marked the first day that The Stars Group (TSG) and Flutter traded as a unit on the Stock Exchange Market. Indeed, in case you didn’t know yet, the 2 businesses opted to combine their operations in late April. And have received approval by regulators and shareholders to complete their merger, possibly this week. All and all, by signing on the dotted line. It’s believed that TSG (PokerStars) and Flutter (FanDuel and Betfair) will become one of the biggest online gambling cooperation in the world. If not the biggest. Indeed, this is because these companies have fingers in many pies and markets too. And that’s beside the US operations which both operators have focused on lately. As we understand at first, the plan is to progressively divide the company. And to create what will essentially be 4 product verticals or markets if you prefer. 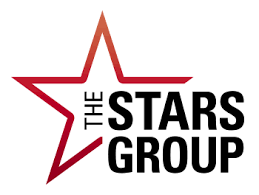 A power move by power players

Nowadays, a lot of companies are looking to enhance their presence in the online gambling scene. And this to perhaps get an early start when things go back to normal. Surely it’s the case for the happy duo here. In fact, when the news was made public. Peter Jackson, the CEO of Flutter Entertainment couldn’t really hide his happiness as the group embarks on a new adventure. And one that’ll see them both diversify their global presence as we understand. He later added that. “The strength of our combined portfolio of assets means that we approach the future with confidence in these uncertain times.” In the same press release, he hinted that Rafi Ashkenazi (CEO of TSG) would have a valuable input on the board of directors. But that, he’d no longer assume the COO role as planned. Instead, he’ll become a trusted advisor and consultant for both businesses.