Flutter Entertainment hits the pedal to the metal

When a business has grown to Flutter Entertainment size, not even a bad producing year, like 2020, can hinder the generic growth. In fact, the industry giant has increased its revenue and active player base with not one but two digits. By which, leads to some impressive financial numbers. All in all, after checking the issued Q1 report from the online casino entertainer. It looks like Flutter Entertainment flexed its muscles and quite elegantly avoided a disaster of a year. So, on that somewhat exciting introduction, let’s present and look at the numbers together, shall we?

It’s important to point out that. The overall numbers are a direct consequence of Flutter Entertainment’s pure dedication. In other words, to continue to grow its individual brands on all its markets. And this includes online casino and online betting operations like Fanduel, Betfair, and, of course, the Stars Group. As such, let’s get into the actual news, the reported financial numbers. Where the group’s Q1 report tells us that overall or, the core division and its monthly average customer participation rose by 36%. Plus, one thing leads to another. More precisely, when the many players suddenly increased their interest in the group and its products. The money number is also relaying a joyous read. And as a whole, the group made roughly $1.98 Billion, or up 32%. 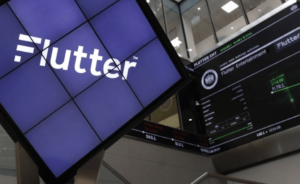 On another positive note. The Q1 period also spun Flutter Entertainment’s sportsbook operations upwards in the U.S, with a reported jaw-dropping 135% increase. Or, if you prefer, somewhere around $407 million. In the end, yes, the numbers do look exceptionally good for what all operators and providers had to work with. Although, we are not entirely sure that we would see that much difference and fluctuation if 2020 would have served us “a normal” year. So, in the end. We are relatively sure that the larger organization and decision-makers at Flutter Entertainment are pretty satisfied with its Q1 report.