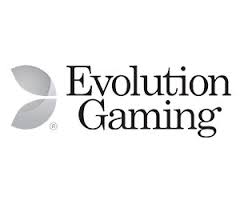 It’s undeniable that in New Jersey, the leading live casino supplier is Evolution Gaming. In fact, the iGaming giant almost gained a monopoly over the garden state. And it did so when buying Ezugi (ex: Golden Nugget) in early 2019.

But as it stands, the popularity of Evolution’s Live casino is so much that the game provider is expanding. And it does so in New Jersey to cater for its increasing popularity in North America.

Indeed, according to sources, on November 7th Evolution filed a request with the DGE to increase its studio footprint. The DGE agree to give Evolution the expansion permits. If and only if all table meets the regulators’ demand. And a demand that means Evolution will need to track its tables with a closed TV circuit 24/7, even if non-operational. This way, it guarantees Evolution complies with the DGE fair play standards.

To sum up, the latest permit Evolution received gives them access to a total of 26 new tables. According to Evolution, these additions require them almost to double their studio layout. Which means that the studio will pass from 2,223 square feet and soon to 5,386 square feet.

The new entertainment space is to add more Blackjack table, mostly. But, Evolution also planned space for a money wheel game (Dream Catcher or Monopoly roulette)? And one extra space for a side bet city game too. So, maybe lightning dice or a new bespoke creation like Dream Catcher is coming to NJ casinos?

But regardless of the new casino game, they’ll go live with, it’s a good thing. After all, both the money wheel and dice game are popular abroad. And maybe, they’ll become hits in New Jersey too. Evolution plans to start remodelling shortly. So stay tuned for any updates.