One of the most significant growing verticals in the world of online gambling is eSports. And in recent news, we’ve learned that one of the oldest eSports organizations, Dignitas is looking to ramp up its resources. Indeed, Dignitas is making an effort to create a new holding company. And by doing so, they’re hoping to grow eSports even further. And with the successful backstory Dignitas has, it should not prove too difficult to find new investors as well.

Plus, if you add the interest, the public has shown in eSports. Companies may well jump on the opportunity to be part of the new thriving segment of the industry too.

In essence, Dignitas started in 2003 when Legion Condor and Sweden Kompanix join forces. Then in 2016, Harris Blitzer Sports and Entertainment (HBSE) saw the potential and acquired Dignitas. If you’ve not heard of HBSE? Well, you may have heard of some of the managing interests such as New Jersey Devils and Philadelphia 76ers, to mention a few. 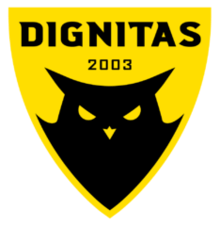 Big names will drive the funding

As you can see, the road to success for the eSports vertical sure is in safe hands with big names backing the industry. And finding funding for the new entity may prove easier than initially thought.

The truth is most companies see the potential in this product. But for now, only the brave one put their money where their mouth is. The opportunity to invest is there for who wants in. And perhaps Daily Fantasy Sports operators may see an opportunity to cross-sell their product too. After all, as the industry emerges, so does fresh and new exciting opportunities. And many see eSports as the future of iGaming, but time will tell.