If you’re one of those who think there no such thing as the luck of the Irish. Well, think again. Last week around St-Patrick’s day, a woman from New Jersey completely re-defined the meaning of Irish luck. In fact, the lucky winner who goes by the name of Netty turned a $2 Wager in a life-altering win worth $278,802.58. The story of the mother of 3 began as she was relaxing at home with her husband. Then, she opted to spend a bit of time on PlaySugarHouse Casino to chase those blues away. After logging into her account, she saw how high the Divine Fortune video slot jackpot was. So she had a few spins. And the rest is history as you’ll read in the below story.

Without a doubt, Netty’s win on PlaySugarHouse Casino is one of the largest paid on this game in New Jersey. In fact, it’s $7,500 higher than the previous record set on the Golden Nugget casino last summer. Plus, Netty’s jackpot win is just over $21,000 greater than the one won some lucky better pocket on Resorts Casino last January. So it’s no surprise that after playing the bonus game that completely changed hers and her family’s life she told her husband “This just can’t be right. I’ve never won that amount before!”. She also told a representative of the casino that this win couldn’t have come at a better time as things are “challenging” nowadays. 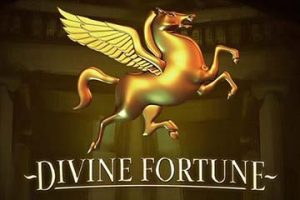 Another big winner across the border

Now just 1 day after Netty struck pay dirt on PlaySugarHouse Casino. Another player, Andrew, who was self-isolating in Pennsylvania, won big on PlaySugarHouse’s PA alternative BetRiver. Indeed, the 40 years old man won a $278,430.23 jackpot with a $1 bet on the very same game. Which goes to show that people win jackpots all the time in online casinos. And from wagers of all sizes too. All it takes is a bit of luck to strike gold in that bonus round you’ll forever remember.