Could the rocket effect come to its highest peak in Atlantic City this summer? As reported by the New Jersey Division of Gaming Enforcement (DGE) June was the 13th consecutive month where revenues have shown a double-digit (percentage-wise) increase.

In fact, as a whole, the casinos reported a $278.14 Million in revenue. Which is $46.7 Million more compared to the same month last year. Indeed, the numbers keep on showing a positive trend. However, industry experts believe that the July figures may show a different result. And the massive growth we witnessed in the past month or year could level out. 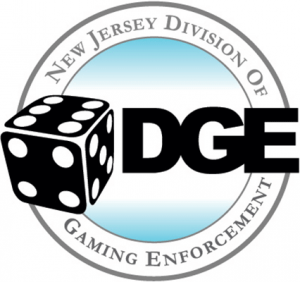 Without a doubt, Atlantic city will remain the mecca for gambling and tourism on the East Coast as the gaming sector keeps securing its foothold. Although the numbers might dwindle in the coming months.

Yet, Rummy Pandit, executive director at Lloyd D. Levenson Institute of Gaming, Hospitality, and Tourism at Stockton University remains positive and projected that… “This is a trend we should expect to see through 2019 and beyond. However, year-over-year and month-to-month comparisons will likely be less.”

Certainly, it’ll be the case. The truth is the market can’t produce record-breaking numbers every month. At some point, the hype will come down, and a baseline will emerge based on seasonality and sports event too. Or will it?

The right investment could secure a bright future

At this point, the Garden State is still in a build-up phase, and we’ve seen huge investments poured back into the city and its casinos. For instance, not long ago, Borgata injected $12 Million to build their new Moneyline Bar and Book. While Hard Rock heavily invested in creating a buzzing nightlife, with their 365 days of live entertainment marketing rollout.

Yet, Golden Nugget has proven that online casino is a vital part of keeping the number up. To this day, the brand offers more casino games than others. So maybe the key to keeping a positive graph is to integrate more game providers? All in all, New Jersey is doing great. So let’s enjoy this moment instead of worrying about what may or may not come.