In recent news, we’ve learned that 888poker has begun rolling out its next-generation platform, Poker 8. The new layout is a major improvement to its almost decades-old software. Overall, the new software provides players with a much better experience that includes new graphics, animations, sound effects, and several other new improvements. So for all you online poker fans out there in the Garden State, you’re going to love the upgrades.

According to 888, the update was due to take place last year and commence by the end of 2018. However, for unknown reasons that didn’t happen. But, it doesn’t really matter since Poker 8 is officially here now. 888 Senior VP of B2C Guy Cohen had this to say, “We’re thrilled with the initial roll-out of our Poker 8 platform which includes a number of exciting and innovative new features to make the 888poker experience even more enjoyable.”

As of now, 888 has deployed its first set of upgrades, but there is still a lot more to come in the following months. For example, there haven’t been any changes to the online poker lobby yet. But as soon as you join a table, the difference can automatically be felt. With dozens of new table themes available, it’s like a totally new experience. 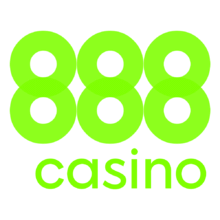 Now that you know 888 has new table themes, you might be wondering, what else is new? Well, tons of new avatars are now available. Also, animations are much smoother than ever before. Plus, all the old sound effects are out, and new ones are in place. Not to mention, the new software also displays total equity after at least two players go all-in.

In brief, the online tables are much smoother and more player friendly. The overall game interface is bigger since there no more sidebar widget nor chat window. However, you can still chat if you choose to. Other than that, there are a lot of other neat features, but of course, we wouldn’t want to spoil it for you. So, visit 888 Casino to give their new platform a go.